Quintet10 build is similar to Quintet15, with few differences .

Make sure you recognize all parts before proceeding with any assembly step.

Look at pictures here and on our web top make sure all is clear.

One of our customers made a very nice unboxing and assembly clip. We recommend you to watch it before assembly. In the newer versions the drivers mount to the front of the baffles therefor the clip is a bit outdated, though still very helpful. 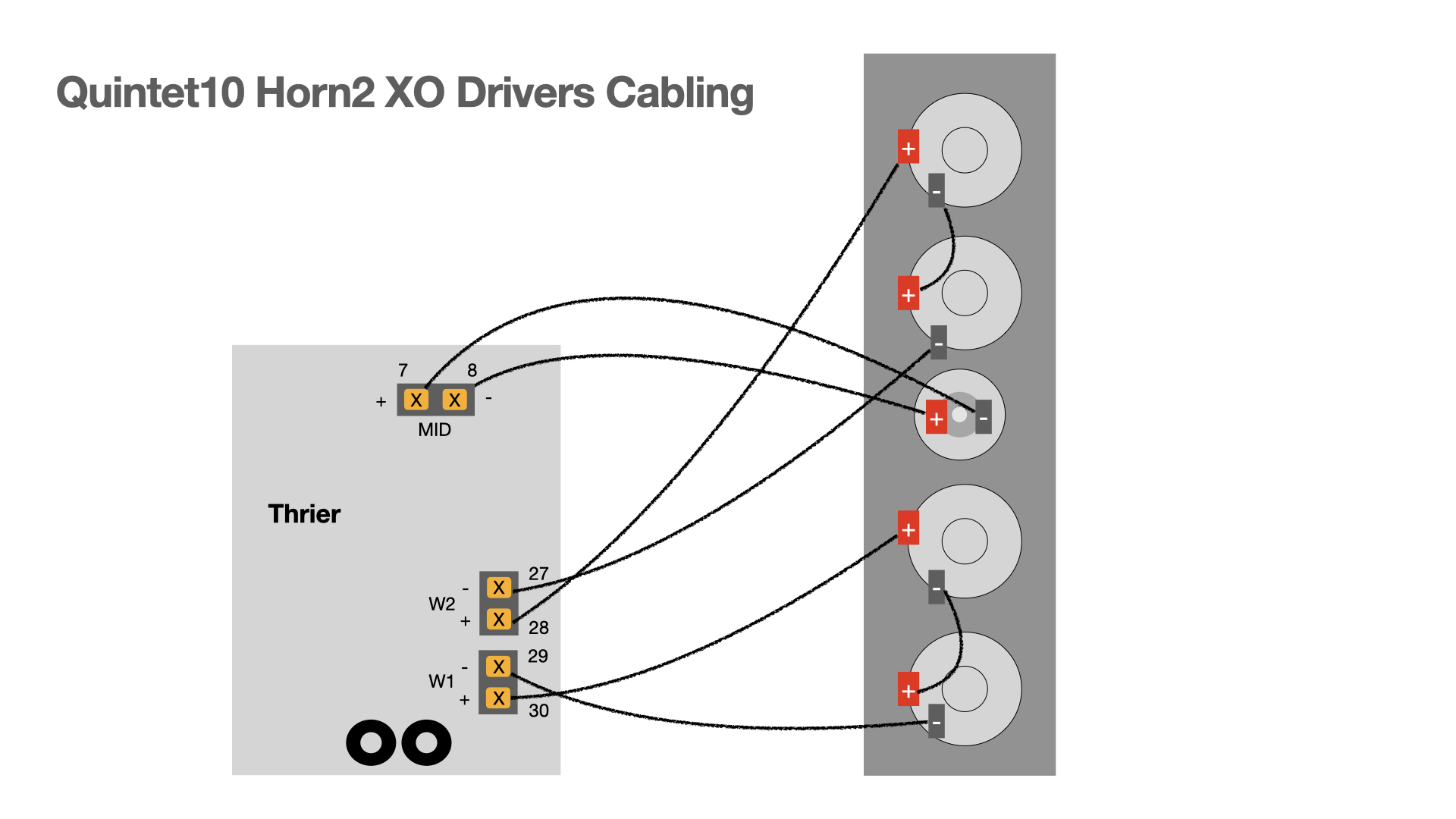 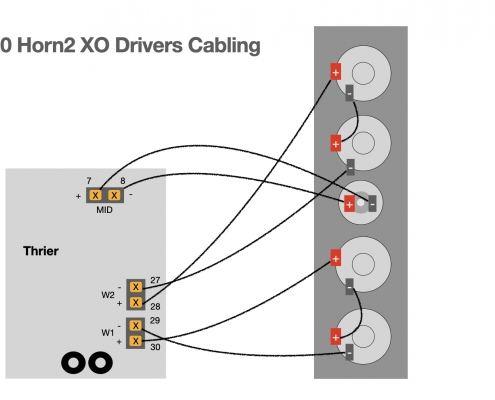 The Thrier Crossover, is our new, three-in-one functions crossover board, with components being mounted onto gold plated screw terminals.

The Thrier Board is designed for first order two way crossover with the option to choose the circuit topology, Parallel or Series. When J1 is on 2W the woofers and the center driver channels will operate in a standard parallel topology, i.e. the two channels are separated. When pointing on S the crossover will be a typical First Order Series Crossover

You can experience both options and decide which one works better for you. We recommendation to start with Series Topology (J1 pointing on S).

The Thrier offers the option for a third channel, for 2.5 and 3 way first order crossovers or an additional tweeter/super tweeter when needed.

You are ready to connect the cables to their terminals !

Quintet10 Horn2 Components (Download the PDF File with instructions for the Notch Filter) : 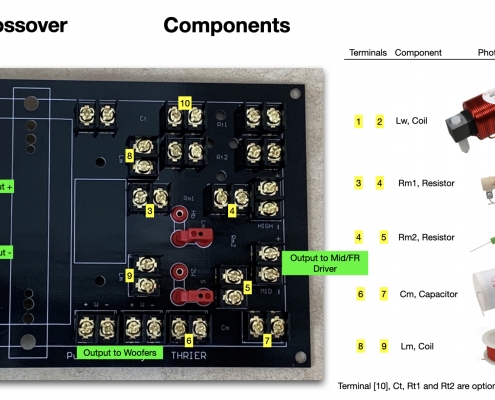 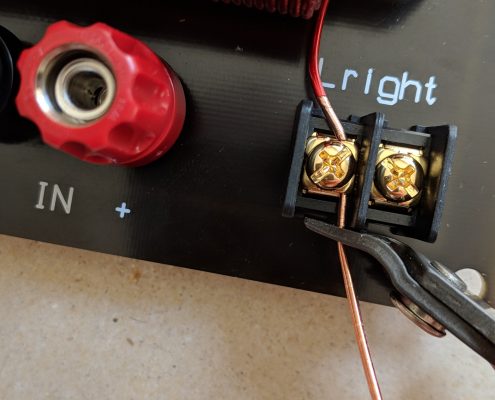